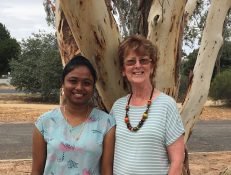 In the broadacre cropping plains of the Victorian Wimmera region sits the picturesque rural town of Rupanyup. Located 290km north west of Melbourne, and with a population of 536 people, it is a dynamic town of entrepreneurs and innovators in both business and farming, and yet the population has been on the decline for decades. Rupanyup and Minyup partnered with the Bendigo Bank in 1998, and it is that entity which generates a cash surplus of $250,000 annually that is typically donated to community groups and clubs, local health organisations, sporting clubs and education facilities. David Matthews, a local business owner and Board Member of the Bendigo Bank said “every year we as a board would look at the local groups and organisations to distribute money to.

Seena Sojan & Jenny Boyd. Seena works at the nursing home & has been boarding with Jenny since February. Her husband & son will join her in Rupanyup in August.

We would donate to the local kindergarten to add a coat of paint, but our real concern was how to fill the kindergarten.” From this deep concern for the future of their community, a group of likeminded and passionate community members got together to create the Rural Migration Initiative (RMI) in conjunction with two other Victorian towns, Edenhope and Charlton. Two key members who drove this initiative from an idea to an action plan were Malcolm Uhe and Sally Boyd, both professionals who had corporate experience throughout their careers, and both who moved back to Rupanyup. From ideas to growing kinder registrations. One prevailing incorrect idea about rural Australia is, “there are no jobs in the country.” This idea has possibly hindered population growth, yet its impact can not be quantified. However, the truth as qualified by the Regional Australia Institute is that there are in fact a significant number of jobs, and not the population with relevant skills to fill them. The latest research indicates that there are approximately 45,000 unfilled roles in rural and regional Australia.

These numbers are estimated from the number of advertised jobs. However, those of us in regional areas understand many jobs go unadvertised because of the known lack of response. If these 45,000+ positions were to be filled, the benefit would be two-fold. Rural communities commerce could grow and thrive with spin off benefits to the service industries who would then provide secondary services and further reemployment and economic growth. 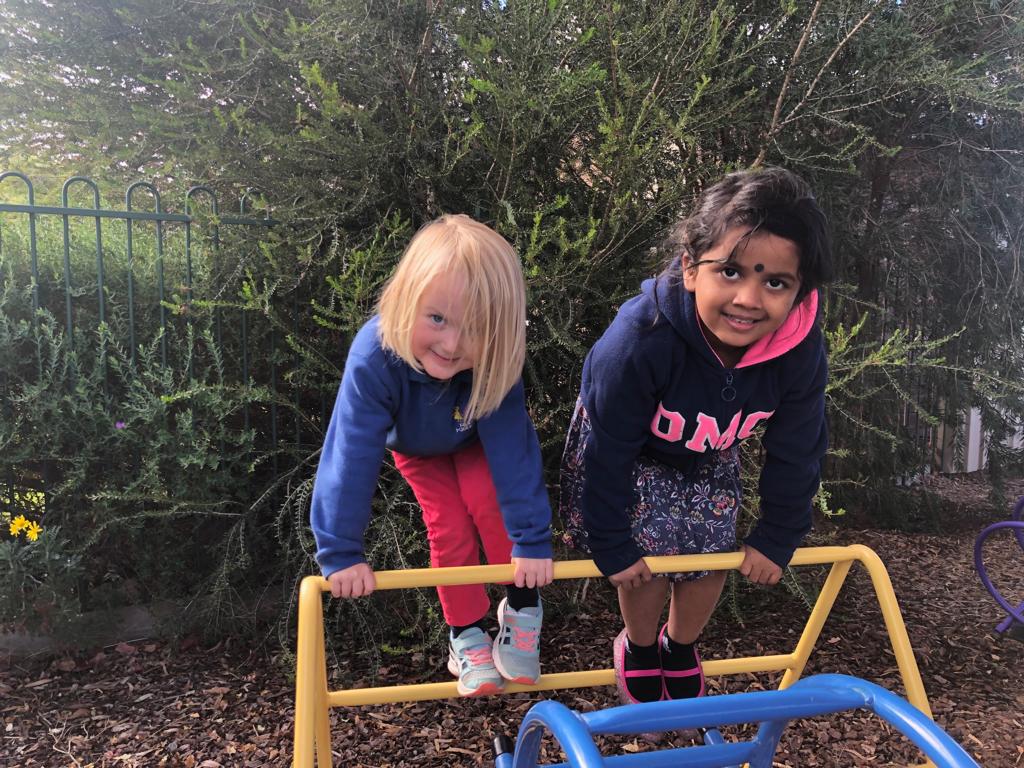 play at the kindergarten. The residents of the capital cities would benefit as population would be diverted from congested centres, lowering overcrowding of schools, roads, services, and reducing the pressure on housing. For those looking to immigrate, rural Australia provides amazing opportunities. The wages paid are high compared to foreign countries, the cost of living is affordable outside of the large city centres, and provided the communities are welcoming to foreigners, it provides a wonderful community experience. How to make this initiative work on the ground. The first step was to allocate some of the funds from the Community Development Fund to support this initiative in the form of a Migration Worker working two days a week. The key to this role is to match jobs to families interested in moving. 5 years ago, David Matthews sponsored Guillermo from Colombia to work on his broadacre farm. Guillermo recommended the move to cousin Vanessa, and also Camilo, who works on David’s farm. 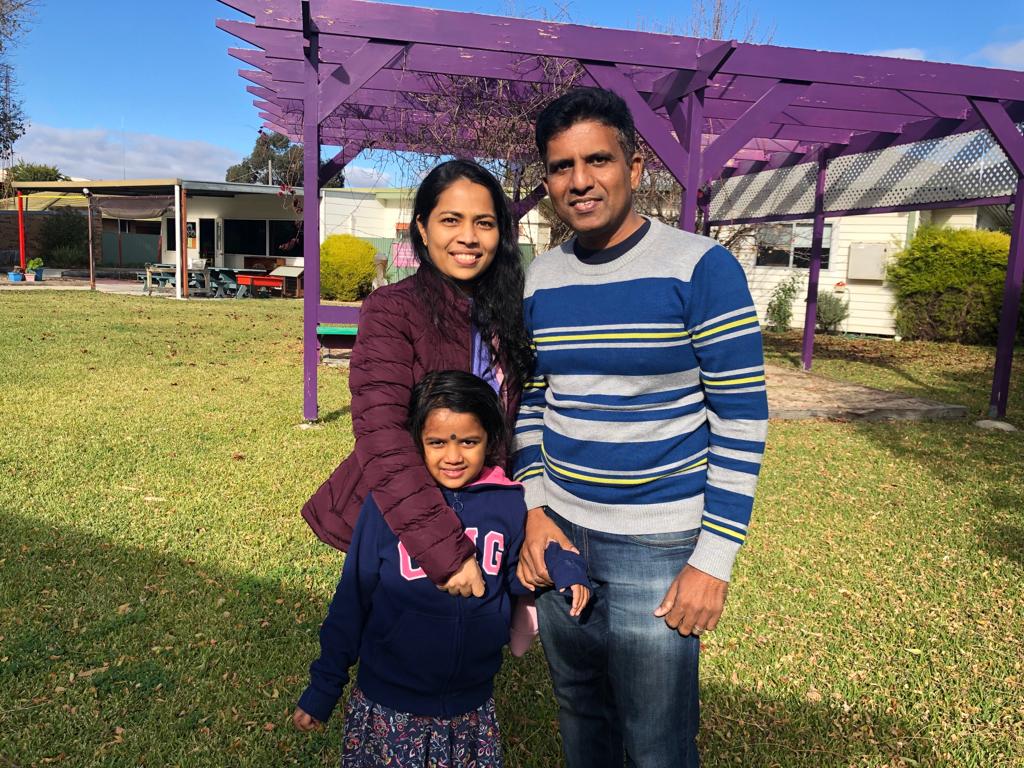 There are now currently 3 Colombian families living in Rupanyup. Rupanyup’s Rural Migration Initiative bringing new generations of future locals to town. Recently, two nurses from India moved to work at the Rupanyup nursing home. RMI staff worked to find boarding for the two nurses and assist with integration. “Introducing new residents into the community is so important. This may include linking new residents in with the church, schools, local playgroups, and community and sporting clubs,” said Sally Boyd. The second part is providing existing residents with tips on how to better welcome new migrants. “So far we have done this through newsletters and articles on the new families. This gives current residents a deeper understanding of where the new family has come from and allows the first conversation to have a greater depth than a basic introduction. We have also included tips on making people feel welcome such as; offer to take the new migrant on a walking tour of the town, or an area of town, invite them over for a coffee or to a community event,” said Sally Boyd. All these prompts have assisted everyone involved to build deeper connections quickly. An unforeseen barrier is finding suitable housing in smaller communities. 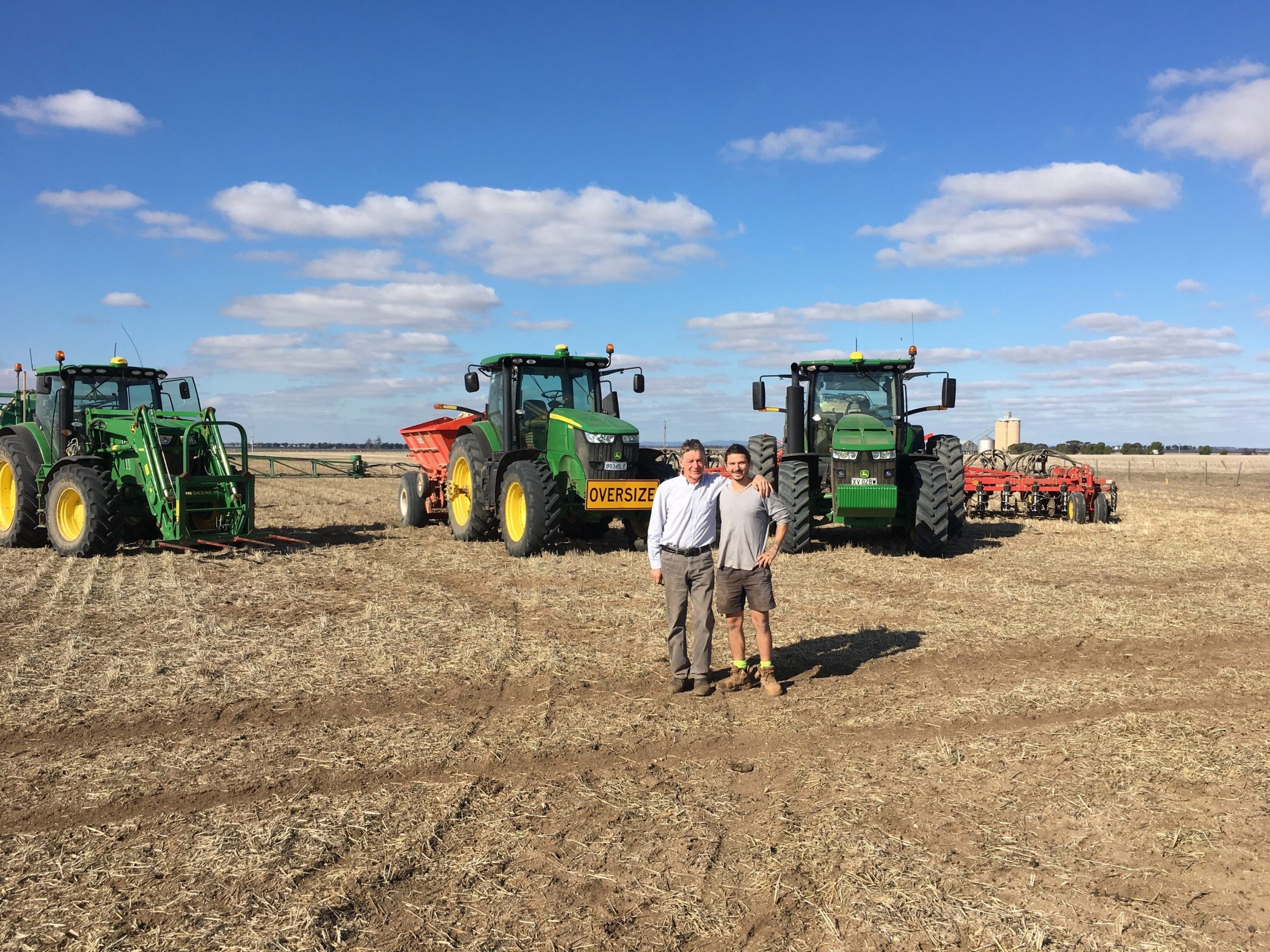 This is a problem that does not have an immediate solution. The outcome “We are 3 years into the process and have seen families make the very brave move of coming to a new country and small rural community, and they have chosen to stay. This outcome is worth the effort, and our whole community benefits. Rupanyup is a much richer place for everyone to live,” says David. The future for rural communities The goal for this project is to attract 20 people a year to Rupanyup over the next 5 years. This will make a significant difference to our community and the local economy. “My greatest hope is that this model is proven and can be rolled out nationally to 80+ towns to support and build the resilient and dynamic farming communities of rural Australia,” says David Matthews.

This article originally appeared in Emmetts Field of Dreams magazine. To get your copy, click here.