Emmetts has been a huge supporter of local clubs and charities across regional VIC and SA through sponsorship. This year some of the Emmetts employees decided that an Emmetts team should be entered into an event, to support a charity, build team spirit, meet each other in person, and have a lot of fun.

The Emmetts Muddy Ducks was born, from an idea of Sue Thompson’s who works in admin in Head Office. We called ourselves the Muddy Ducks, because we decided to participate in Miss Muddy in Geelong, a 5 km obstacle course event that involved a lot of mud. Ducks, because it was women only and a few of us consider ourselves old ducks.

It was a weekend event that involved some of the participants travelling 800km to attend, in their own time. We had attendees from Swan Hill, Horsham, Pinnaroo, Roseworthy, and Rupanyup. Emmetts was kind enough to sponsor our entry fee and team t-shirts.

Miss Muddy is run for a good cause, it supports the charity Tour de Cure. Tour de Cure is not linked with any one cancer group, instead it raises money and awareness for a large amount of cancer charities, both big and small.

During their cycling tours across Australia they drop in at schools to spread the Be Fit, Be Healthy, Be Happy message to school children in an aim to help avoid the 1 in 3 cancers that are preventable.

It was a great day, and some of the ladies had not met in person, but had talked over the phone many times as part of their jobs. So the outcome was in line with the Tour de Cure cause, to be Be Fit, Be Healthy and Be Happy, which we all were. 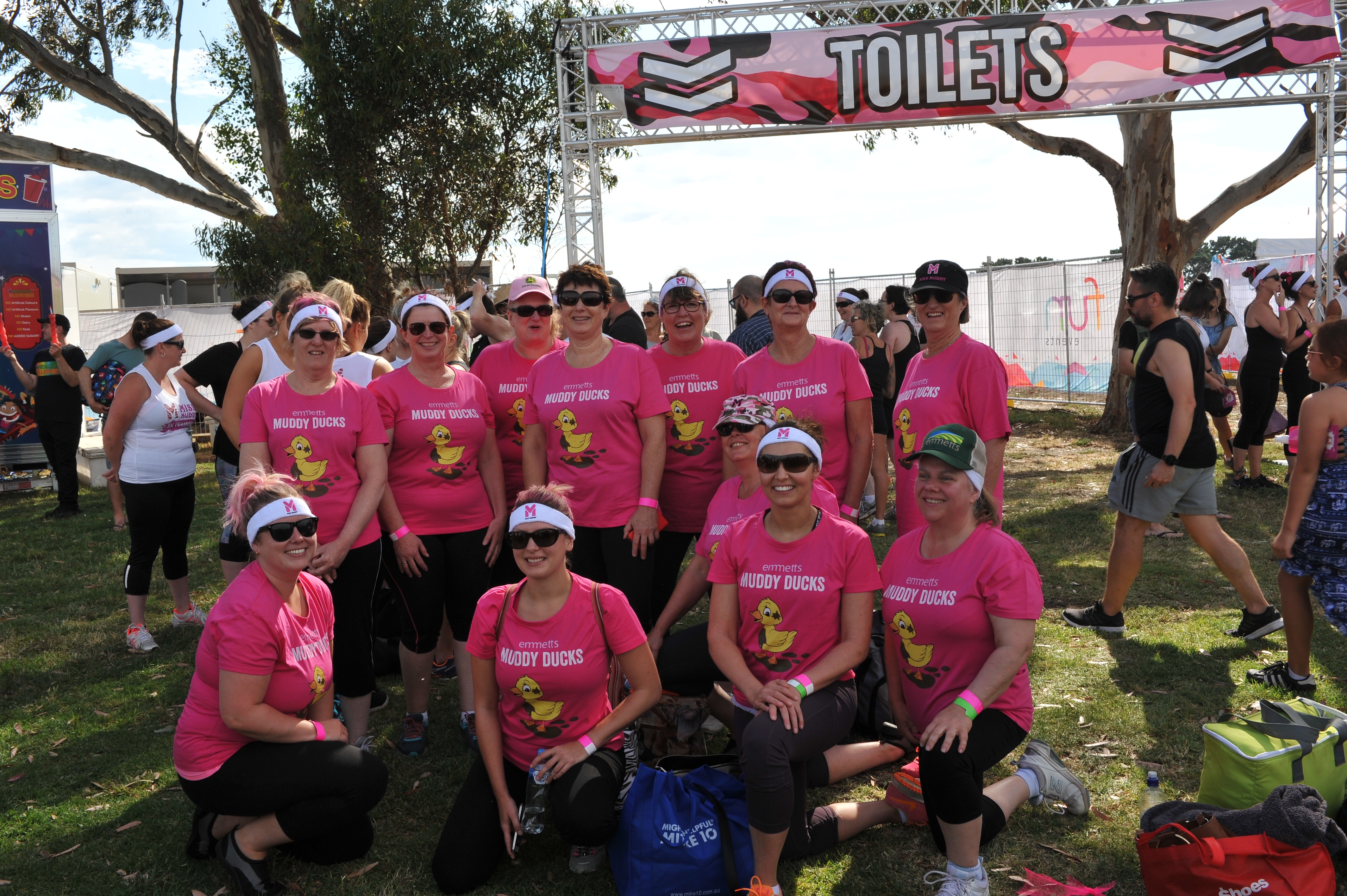